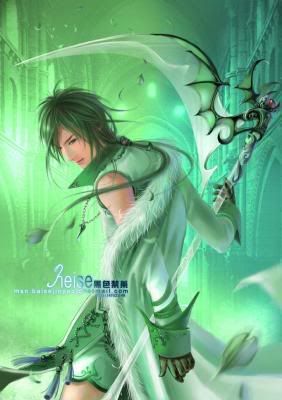 but all black and white, inculding the weapon. the blade remains unchanged in the picture though
Ability twilight gains the ability sono miaga which allows him to grab an target with his scythe and throw them in the air and launch aball of massive energy at them. this ball is made of an unknown substance that twilight is the only one who knows what it is(this ability can only be used once perbattle since it cannot be dodged and is twilights most powerful attack in bankai). He aso gets a very cocky i am better than you attitude while in bankai. He alos gains a speed boost of 2x a normal flash step. as well as he becomes more agile