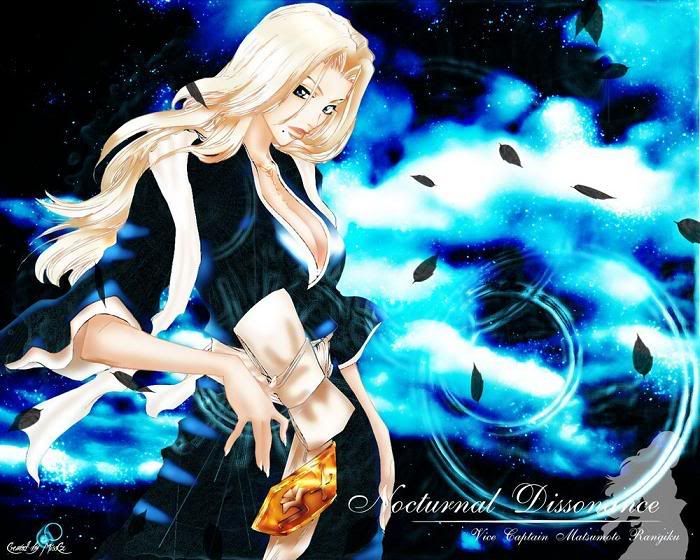 Bio: Not much is known or mentioned about Rangiku's past.
She came from Rukongai and was rescued as a child by Gin Ichimaru the two soon became friends.
She was once asked by Ichimaru during her childhood when her birthday was.
She replied that she did not know because she had been alone for as far as she could remember.
This possibly means she was orphaned since birth.
When he heard about this, Ichimaru told her that if this was the case, then her birthday should be set on the day they met (the day she was not alone anymore).

It is not known how she became a Shinigami or how she became lieutenant of the 10th Division, but she was the one who convinced Hitsugaya to become one by confronting him by his hurt grandmother